With this simple recipe, making grits has never been easier. This warm and inviting dish is made by boiling a milk combination and serving it with butter on top. This recipe has evolved from a simple breakfast to a gourmet entrée complete with local shrimp, costly mushrooms, and cheese! Native Americans first ate grits, and they’ve been a mainstay in the American South for a long time. Grits are a frequent breakfast item in southern cuisine (but whether you want sugar or salt is a hotly argued personal preference). Grits are also included in traditional Lowcountry cuisines like shrimp and grits, and heirloom kinds and provenances are highlighted on restaurant menus. Grits are a versatile and cost-effective pantry staple that can feed a crowd or serve as a side dish that fits just about anything. 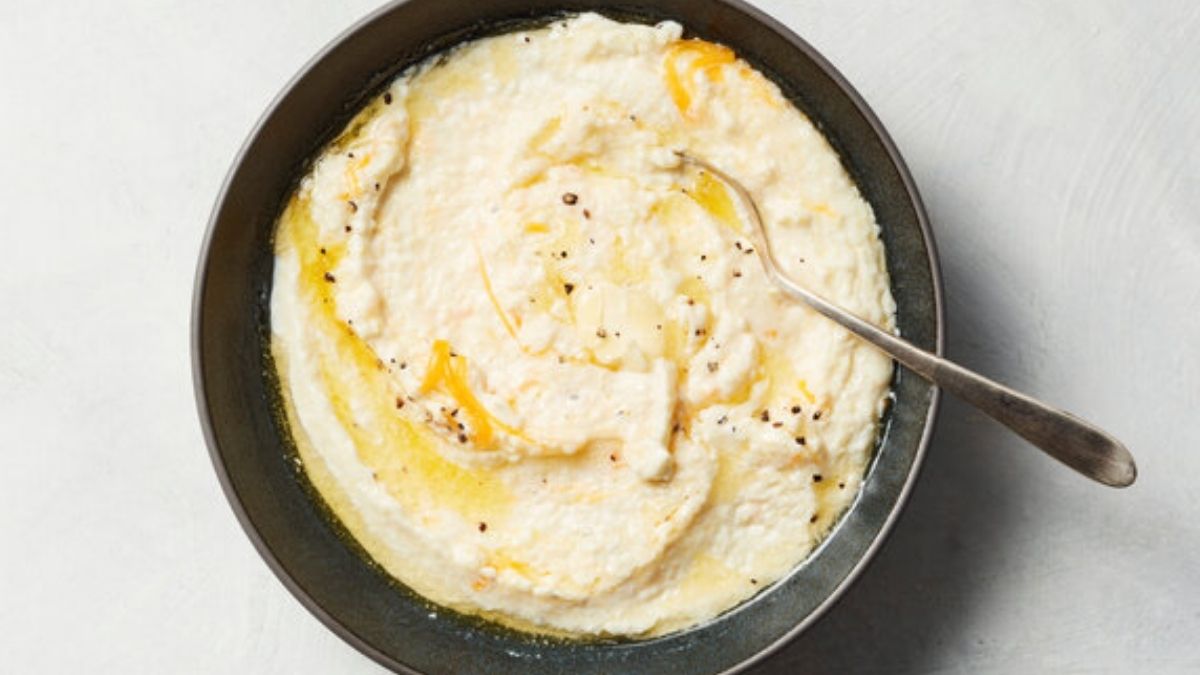 For recipes like shrimp and grits or cheddar grits, grits are necessary. They are, however, flexible starch with a neutral canvas that quickly absorbs various flavors. They can be served as porridge for breakfast or with bacon and eggs, in a bowl with beans or leftover roast vegetables for lunch, or as a dish or main dish for supper. Other classics, such as waffles and grit cakes, can be made with grits.

How to Make Grits Recipe?

To make grits, use a four-to-one water-to-grits ratio (you can always add more water if the grits are getting too thick before cooking). Add salt to the water, bring to a boil, then add the grits and cook for 45 minutes, often stirring (for stone-ground grits). Slowly heating your grits and turning them frequently allows the natural starches to release, resulting in a creamy texture and smooth consistency.

In addition to water, chicken broth can be used to cook grits. Incorporate milk, cream, butter, or cheese for a richer flavor and creamier consistency. Quick-cooking grits have the same water-to-grits ratio as regular grits, but they cook in around 5 to 10 minutes because they’re finer milled. Instant grits have already been cooked and dehydrated, so all you have to do now is rehydrate them with boiling water, as directed on the container. Grits can also be roasted in the oven to shorten the stand-and-stir time.

Beyond this simple recipe, grits can be served in various ways. Shrimp and grits are a classic combination, and you can make it your own by adding crab, lobster, crayfish, oysters, or any other seafood you prefer. You can also serve them with chicken or turkey in a smothering sauce or a rich red wine-braised piece of beef.

Of course, they go well with eggs, bacon, and toast for breakfast, but you can also add salmon or corned beef hash to spice things up (my favorites). Allow the grits to cool before frying them into grit cakes, a delicious appetizer, or for dinner. Adding cheddar, bacon, green onion, sausage, and whatever else in your kitchen cupboards or refrigerator is also a fantastic idea, as grits go well with almost everything. On the other hand, sugar is something you’ll never find on the table with my grits. Leave that to oatmeal and other porridges, please.

Grits are created from a starchy, less sweet form of corn called dent corn. The maize is processed by soaking the dried grains in lye or another alkali for several days to remove the hard shell; the resulting grain is known as hominy. Hominy, as well as white and yellow corn varieties, are available when purchasing grits. Grits are prepared from ground maize, usually from dent corn varieties, which are less sweet and starchy. Grits are often classified according to whether they are derived from yellow or white maize. Grits are coarsely ground grains formed from stone-ground corn or hominy. Grits can be made simply by boiling them in water, but they can also be made more flavorful by heating them in broth or stock.

What are the Varieties of Grits?

Stone-ground grits (also known as old-fashioned grits) have a coarser texture and more robust flavor than other variants because the germ is left intact. It’s better to keep them in the freezer because they’re less processed and perishable.
As the name implies, quick-cooking grits have been finely ground and cook faster.
Instant grits are pre-cooked and dehydrated grits that are rehydrated with hot water and then cooked.
Hominy grits are prepared from corn that has been softened by soaking it in an alkaline solution (usually lime or lye). After removing the husk, the kernels are dried and stone crushed.
Heirloom grits are created from a range of corn kinds so that you might see blue grits made from blue corn or Bloody Butcher grits named after the variety of dent corn’s burgundy-to-red tint.

Grits taste like corn, but they’re generally light and serve as a blank canvas for other flavors to shine through. Because they are ground with the germ intact, stone-ground grits have the most taste; some claim yellow corn grits have a more prominent corn flavor, while white grits have a more delicate, subtle flavor. To preserve the flavor and color of heirloom types, they are often ground to a medium to coarse texture. Instant grits and quick-cooking grits are finely ground and have the mildest flavor.

How to Choose the Best Grits?

Stone-ground grits, such as those from Southern Queen Foods, are recommended for a genuinely great pot of grits. While we tested this recipe with stone-ground grits, it will also work with grits from most other mills and brands. Instant and fast grits, quick-cooking convenience goods that require less water, are the only exceptions; those products should be prepared according to the package guidelines.

Stone-ground grits are created from whole kernel corn that has been pulverized in a stone mill to provide a more complex texture that ranges from bigger chunks to fine powder. Due to the inclusion of maize bran, which contains oils that can grow rancid over time, they have a reduced shelf life. The shelf life of these grits can be extended by storing them in a cool, dry area, preferably the fridge or the freezer, for more extended storage periods of more than a month.

Cornmeal, like grits, is formed from dent corn, but it’s finely ground into a flour-like texture that’s great for baking (like cornbread or corn muffins) or breading (like poultry or fish meals). Polenta is a meal produced from a different variety of corn than grits that is popular in Northern Italian cuisine. Polenta is made from medium to coarsely ground flint corn, which is less starchy than grits made from dent corn. As a result, when the polenta is boiled, it does not have the same creamy feel as grits.