They have about the same amount of nutrients as whole-wheat spaghetti and are a good source of protein from plants. When most wheat flour in soba noodles is refined, they are less healthy. Buckwheat has been linked to a healthier heart, lower blood sugar, less inflammation, and lower cancer risk. Soba noodles are often made with buckwheat flour and wheat flour because buckwheat flour is hard to work with and can make noodles that break easily. Adding wheat flour, which has a protein called gluten, makes the noodles last longer and costs less to make. Also, some packaged noodles are called “soba” even though they don’t have much or any buckwheat flour. Instead, they have added flavorings, salt, and other things. 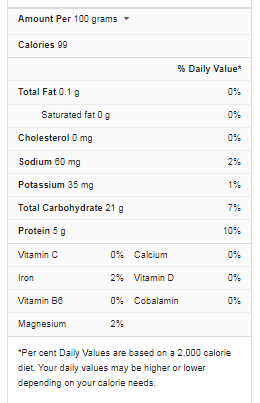 What are Soba Noodles?

Soba noodles are thin Japanese noodles mostly made of buckwheat flour and a small amount of wheat flour. They taste nutty and are dense and slightly chewy. Their color ranges from pale tan to brownish-gray, depending on how much buckwheat flour is in them (more buckwheat equals a darker noodle). You can eat them cold with tsuyu, a soy-based sauce for dipping, or hot, usually in a soup or broth.

Both versions can be eaten any time of year, but the cold version is traditionally preferred in the summer and the hot version in the winter. Traditional soba is made with only buckwheat flour, wheat flour, and water, but some versions add things like seaweed, green tea powder, or wild yam flour.

Soba noodles come from Japan, where they are a traditional New Year’s Eve meal and can be found everywhere, from fancy restaurants to street stands. Soba noodles mix water with buckwheat flour and a small amount of wheat flour to make a crumbly dough. The dough is then rolled out into a flat sheet, folded, and cut by hand into thin strands about the thickness of spaghetti. The noodles can be cooked right away, or they can be dried and cooked at a later time. Most people in North America eat the dried kind.

Somen is another type of Japanese noodle that is sometimes compared to soba. Even though some noodles are often served cold and eaten with a dipping sauce, like soba, and are about the same thickness, they are very different. Somen noodles are made from 100% wheat flour and are light in color, just like ramen or udon noodles. Somen noodles, unlike soba, also have a small amount of vegetable oil.

Somen noodles are another Japanese noodle that is sometimes compared to soba noodles. Even though some noodles are often served cold and eaten with a dipping sauce, like soba, and are about the same thickness, they are very different. Somen noodles are made from 100% wheat flour and are light in color, like ramen or udon noodles. Somen noodles, unlike soba, also have a small amount of vegetable oil.

How to Cook with Soba Noodles?

There are two main ways to make soba noodles: cold and hot. For the cold version, boil the noodles, drain them, and then put them in a water bath and ice to cool. The noodles are then put on a tray or basket, sometimes on top of ice cubes, and served with chopped nori, a type of seaweed, and a dipping sauce made of soy sauce and mirin. Grated daikon horseradish and thinly sliced scallions are also often used as garnishes.

The hot version is made with dashi, Japanese soup stock made by simmering dried bonito and kombu, dried kelp. Dashi has a lot of umami. The cooked noodles are served in the broth with other things like fried tofu, raw egg, or crunchy bits of tempura batter. Once the cold soba noodles have been cooked, chilled in ice water, and drained, they can be used in salads, stir-fries, and as a base or side dish for meat or seafood. They are often served with tempura as a side dish.

The best time to use dried soba noodles is about a year after you buy them, as long as you keep them in a cool, dry place like you would with dried pasta or rice. If you bought fresh soba noodles, you should use them right away. If you can’t, you should keep them in the fridge and use them within one to three days.

Who Should Consider Eating Soba Noodles?

Authentic, 100% buckwheat soba noodles are a healthy food anyone can enjoy. However, people sensitive to gluten, a protein found in wheat, barley, and rye, may find them especially helpful. Buckwheat is a good choice for noodles if you have celiac disease or are sensitive to gluten in other ways. It doesn’t contain gluten and is healthier than other gluten-free options like rice noodles.

But, as we already said, soba noodles are often made with buckwheat flour and wheat flour. So, it’s important to ensure the noodles are gluten-free and that the manufacturer didn’t mix them with gluten grains. If you’re not sure you’ve ever eaten buckwheat, keep in mind that you could be allergic to it, and it causes a lot of food allergies in Japan and Korea, where people eat buckwheat a lot.

soba noodles have fewer calories, more fiber, and more protein than regular pasta so they won’t increase your blood sugar. “Traditional pasta is made from refined flour and tends to be higher in calories, sugars, and carbohydrates.” Soba noodles are a good alternative to wheat pasta that has fewer calories. Each cup of cooked noodles only has 113 calories, just over 5% of the daily maximum for a 2,000-calorie diet. On the other hand, a cup of white spaghetti has 220 calories, while a cup of whole-wheat spaghetti has 174 calories. If you eat pasta three times a week, switching from white pasta to soba noodles will save you over 16,692 calories annually, which is almost five pounds.

Where to Buy and Use Soba Noodles?

You can find dried soba noodles in Japanese grocery stores, Asian grocery stores, and the Asian food sections of larger, more traditional supermarkets. They can also be bought online. Soba noodles are usually sold in supermarkets’ ethnic food sections, Asian grocery stores, health food stores, and online. Pure buckwheat soba noodles taste earthy and a little bit nutty. They can be eaten hot or cold. Soba noodles are often served cold with a sauce to dip them in. They can also be found in broths, soups, stir-fries, and salads with vegetables and sesame dressing. At the end of a meal in Japan, people often eat the cooking water from the noodles. This is called soba. It is made into tea with a leftover dipping sauce called tsuyu. This way, you won’t miss out on nutrients like B vitamins that get into the cooking water. Soba noodles can also be used in your favorite tomato, basil, olive oil, and garlic-flavored Italian dishes. Buckwheat flour, used to make soba noodles, is good for your health in many ways, as shown in many studies that the Oldways Whole Grains Council has shared. As a gluten-free grain, it can be used by people who can’t eat wheat. “Buckwheat flour is good for your heart and full of phytonutrients,” say, Hallie Rich and Ilyse Schapiro, M.D., R.D., CDN., health and wellness experts. “Antioxidants are what phytonutrients are, and they can help prevent many diseases.”

Rich and Dr. Schapiro say that buckwheat flour is a good source of nutrients like protein, fiber, iron, carbohydrates, and thiamine. Manganese can also be found in buckwheat noodles. A cup of cooked noodles has 426 micrograms of manganese, 19% of a man’s daily manganese needs and 24% of a woman’s.

Manganese is a part of many enzymes, including those that turn food into energy and antioxidant enzymes, which eliminate harmful free radicals to keep cells from getting hurt. Manganese also makes collagen, a protein that helps wounds heal and keeps cartilage and bone in good shape. Buckwheat noodles don’t have many essential vitamins, and other than manganese, they don’t have much in the way of minerals  100% buckwheat flour can be just as healthy as fruits and vegetables. This doesn’t mean you should only eat buckwheat flour, not fruits and vegetables.

Because of their glycemic load, soba noodles can affect how much sugar is in your blood. Food’s glycemic load considers how many carbs it has and how quickly it raises your blood sugar after eating it.

When adding soba noodles to your diet, especially if you don’t eat gluten, it’s important to look at everything in the package. Rich and Dr. Schapiro say, “Don’t just assume that soba noodles are 100% buckwheat. Many of the ones sold contain regular, half refined, and half buckwheat flour, so you may not get the benefits you were hoping for.” “So read the labels and ensure that buckwheat flour is the first thing on the list.”